Deputy: my exposure to AL Maliki behind my arrest memo 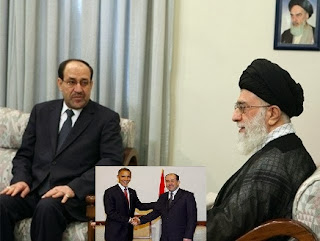 According to the Arabic newspaper Asharq Al Awsat published in London the re- issued three arrest warrants for three deputy in parliament the issue of immunity to the fore, a parliamentary official revealed yesterday the existence of arrest warrants for 15 deputies.
The Iraqi judiciary finally issued three arrest warrants against the House of Representatives and the introduction of the Sadrists three ; Bahaa al-Araji, the head of the Liberals and the Chairman of the Parliamentary Integrity Committee , and Jawad Alshahyla member of the Integrity Commission , and Jawad Hasnawi .


The MP Hasnawi told «Asharq Al Awsat» that the arrest warrant issued against him « unknown reasons, because I touch upon ( Prime Minister Nouri ) al-Maliki and those close to him because of  theirs authorities and properties» .
Posted by M E at 9:45 PM