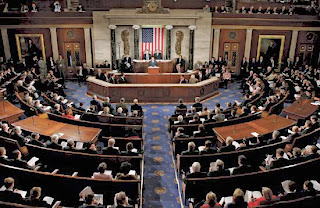 A bipartisan group of senators is preparing to defy the White House by introducing new Iran sanctions legislation as early as Thursday or Friday that would increase pressure on Iran if it fails to meet its obligations under the interim deal signed last month.

"The bill is bipartisan, has growing support, and because of that growing support, it may take another day," said Adam Sharon, spokesman for chairman of the Senate Foreign Relations Committee, Sen. Robert Menendez.
The Senate bill, which is being written by Menendez, D-N.J., and Sen. Mark Kirk, R-Ill., proposes future sanctions that go into effect only if Iran violates the interim deal or the deal falls apart, Sharon said in an e-mail.
"They still get their sanctions relief, no new penalties are passed by Congress, and all parties are given the space to keep negotiating," he said.
The House of Representatives passed similar legislation in July.
Secretary of State John Kerry told senators last week that passing new sanctions legislation now would violate the interim deal negotiated with Iran on Nov. 24, which obligates the USA not to impose new sanctions while the six-month deal is underway.
Iran would back out of the deal even if new sanctions passed by Congress are set to start only if the deal falls through or after it expires, Kerry said. And such an action would cause the collapse of the international sanctions coalition that has adhered to U.S. sanctions on Iran, Kerry said.
Iranian negotiators wrangling in Vienna, Austria, with world powers on how to implement the Nov. 24 deal walked out on those talks last week, after the U.S. Treasury blacklisted 19 additional Iranian companies in connection to sanctions that are already in force.
Those talks were said to resume Thursday. But nearly a month after the interim deal was inked, the clock has yet to start ticking on its six-month timeline.
The White House has been lobbying Congress for months to hold off on new sanctions legislation, arguing it could scuttle the ongoing talks with Iran. World power are seeking a comprehensive deal that would resolve suspicions that Iran is developing a nuclear weapons program, something Iran denies.
President Obama has pledged to prevent Iran from obtaining a nuclear weapon, and U.S. ally Israel has threatened to use military force if necessary to stop Iran's nuclear advance.
Many senators reject the White House's and Kerry's argument that the Senate should avoid new sanctions because they could disrupt negotiations, Sharon said.


"Treasury enforced sanctions that came online now, and you saw the Iranian reaction," he said.
By armyTijes: 19 dec 2013
Posted by M E at 11:11 AM